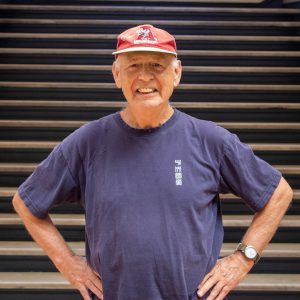 I began my academic career in the early 1960s, at Dartmouth, Harvard, FU Berlin, and London University. I was an assistant professor (French) at SUNY Buffalo for three years. My passions were poetry, 20th century fiction, and, most recently, literature of the middle ages. I then went to California and, for over 20 years, worked in various programs for migrant workers, honing my Spanish and raising a family. A bay area Latino poet, Luis Garcia, turned me on to Latin American poetry, and this became another passion for me. In 1989 I moved to Taiwan. I lived there for 25 years teaching English and French, and discovering Chinese literature, especially classical poetry, and fiction of the early 20th century. I retired and returned to the US in 2013, now able to devote all my energies to my literary interests, mostly poetry and the middle ages.  This year, I decided to formalize my studies, and I entered the MA program in German at the University of Alabama.