Department of Modern Languages and Classics

Italian is the fourth most-studied foreign language in the world and the fifth most-studied in the United States. It is also spoken in Switzerland, Vatican City, San Marino, Istria, the Balkans, the island of Malta, and parts of Africa. Over 17 million Americans claim Italian ancestry.

Italy is the third-largest economy in the eurozone and the world’s eighth-largest. Italy is also a world leader in machine tool manufacturing, with advanced technologies in robotics, electromechanical machinery, shipbuilding, space engineering, construction machinery, and transportation equipment. The United States is one of Italy’s most important trade partners.

A leader in the culinary arts, industrial design, and fashion, Italy is the fifth most-visited country in the world, with 51 UNESCO World Heritage sites — the most of any country.

Italy was the birthplace of the Renaissance, which led to Italian becoming the language of the fine arts. Geniuses like Dante, Michelangelo, Da Vinci, and Galileo hail from Italy. 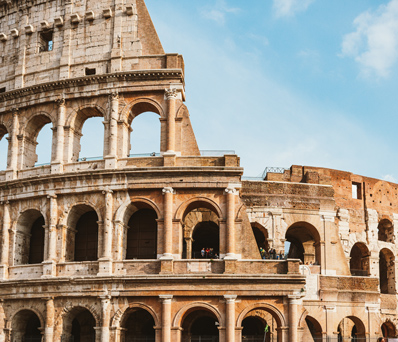