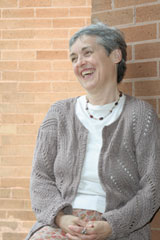 Metka Zupancic is a Professor of French/Modern Languages and a Blount Scholar. Originally from Slovenia, she holds a Doctorate in Romance Philology from the University of Zagreb (Croatia; 1988) and a Doctorat de 3e cycle from the University of Strasbourg (France; 1977), as well as the Habilitation to direct research (Poitiers, France, 2005). In her essays, Dr. Zupancic explores myth and spirituality in contemporary novels, in particular in the writing of Claude Simon and Hélène Cixous. Her interest in French Canadian literature resulted in a number of articles on Quebec and Franco-Ontarian feminist writers, such as Louise Dupré, Madeleine Monette, Francine D'Amour, France Théoret, Andrée Christensen, Marie-Sissi Labrèche and Monique LaRue. She is also involved in translation studies (for texts between Slovene and French or English), and has explored connections between East and West in her studies of Ananda Devi and Chitra Banerjee Divakaruni. Dr. Zupancic teaches a variety of courses. At the undergraduate level, she teaches courses in French studies, French phonetics and English-French translation, French civilization, as well as courses in contemporary French and Francophone literature. Her graduate courses include the 20th and 21st century French and Francophone novel, Critical Theory, Feminism, Myth and Literature, and Film and Literature. At the Blount Undergraduate Initiative, she teaches the seminar "Yoga: East and West."