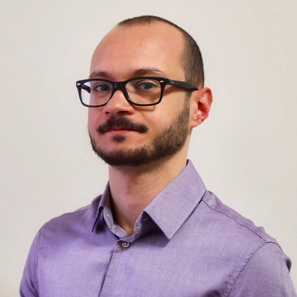 Fabio Battista’s research interests include: early modern European culture; translation studies; the interplay between historical narrative and fictional literature, particularly tragedy; theatre history; Second Language Acquisition. He is working on his first book, provisionally titled Staging English Affairs in Early Modern Italy: History, Politics, Drama, in which he investigates the transmission of knowledge and the fictionalization of facts across the European continent, with a particular attention to the Anglo-Italian case.

His research has been funded by, among others, a Northeast Modern Language Association Summer Grant (2015) and an Andrew W. Mellon Dissertation Fellowship (2018-2019). Most recently, he was awarded the Anne Jacobson Schutte Early Career Research Grant by the Society for Reformation Research (2021).

Dr. Battista is also a published translator and has completed the first English-language edition of Federico Della Valle’s tragedy La reina di Scotia (The Queen of Scots), which is under review with the Lorenzo Da Ponte Italian Library Series at the University of Toronto Press.