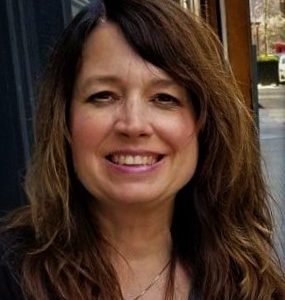 Dr. Toman’s area of research is African women’s writing with a special emphasis on authors from Gabon, Cameroon, and Mali. She also has a secondary interest in women in the Arab world, specifically of the Middle East.

Her most recent book, Women Writers of Gabon: Literature and Herstory (Lexington Books, 2016) is the first book-length study in English of Gabonese literature. The study discusses the perceived “invisibility” of women writers and focuses on the major contributions of Gabon’s first generation of female authors.

Her current book project is a comparative analysis between Malian women’s writing and Wassoulou music. She continues to research and publish on women writers of Gabon, both the first and second generation of women writers.

Dr. Toman’s new edited collection, Bilinguisme, Multilinguisme: Mythes et Réalités will be published in March 2023 with the Presses Universitaires de Montréal. The book was the recipient of the Langue en Dialogue Prize from the Organisation Internationale de la Francophonie.