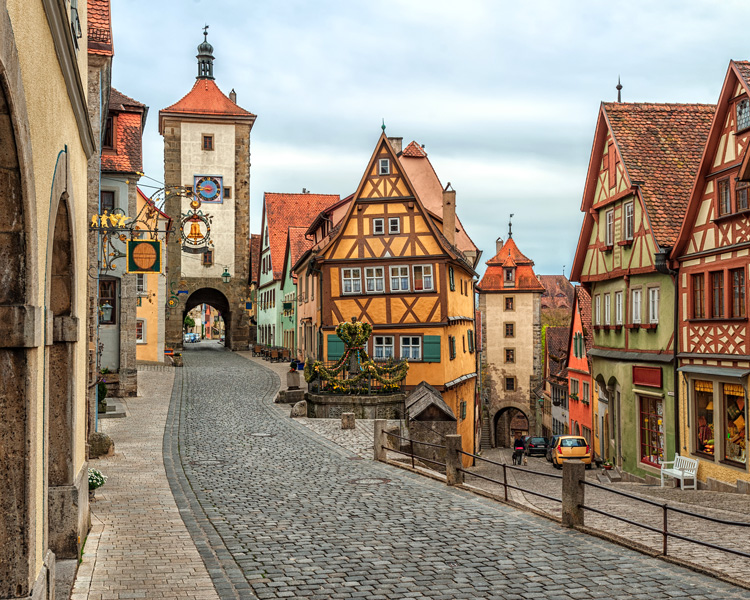 Barbara Fischer Scholarship for Study in Germany or Austria

Awarded annually to German majors to participate in one of our study abroad programs in Germany (scholarship amount up to $1000). Applicants should be on the 300- level of German and must have declared German as their major.

Awarded to a student who has made exceptional progress in German. This scholarship will be awarded if additional funds are available. Applicants should be at least on the third-year level of German and must have declared German as their major.

Awarded annually for study at a German university of the student’s choice for a full academic year (September/October-July), sponsored by the Verband der Deutsch-Amerikanischen Clubs. Students do not pay tuition at The University of Alabama but can transfer course credit earned in Germany for their UA degree. This generous stipend covers living expenses and fees abroad. Nominated by faculty. Applicants should be on the 300-level of German and must have declared German as their major. Please note that you can express your interest in the exchange, however the German program officially nominates the candidate/s.

Awarded annually to German majors and minors to participate in the summer study abroad program in Austria or Germany. Applicants must have completed their first year of German classes.

Submit your complete scholarship application(s) to any German instructor by the application deadline (TBA). A complete application includes the following items:

For more information about scholarships for German majors, contact Dr. Feminella or any faculty member of the German program.