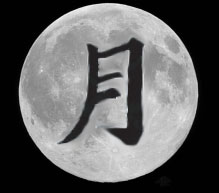 The Moon Festival (or Mid-Autumn Festival) is one of the biggest festivals of the year. In China, the Moon Festival is on October 6, 2006. In the USA, the Harvest Moon (when the moon is closest to the Earth) occurred in mid-September. During the Moon Festival, people have family reunions and eat special moon cakes. There are many interesting legends about this festival.