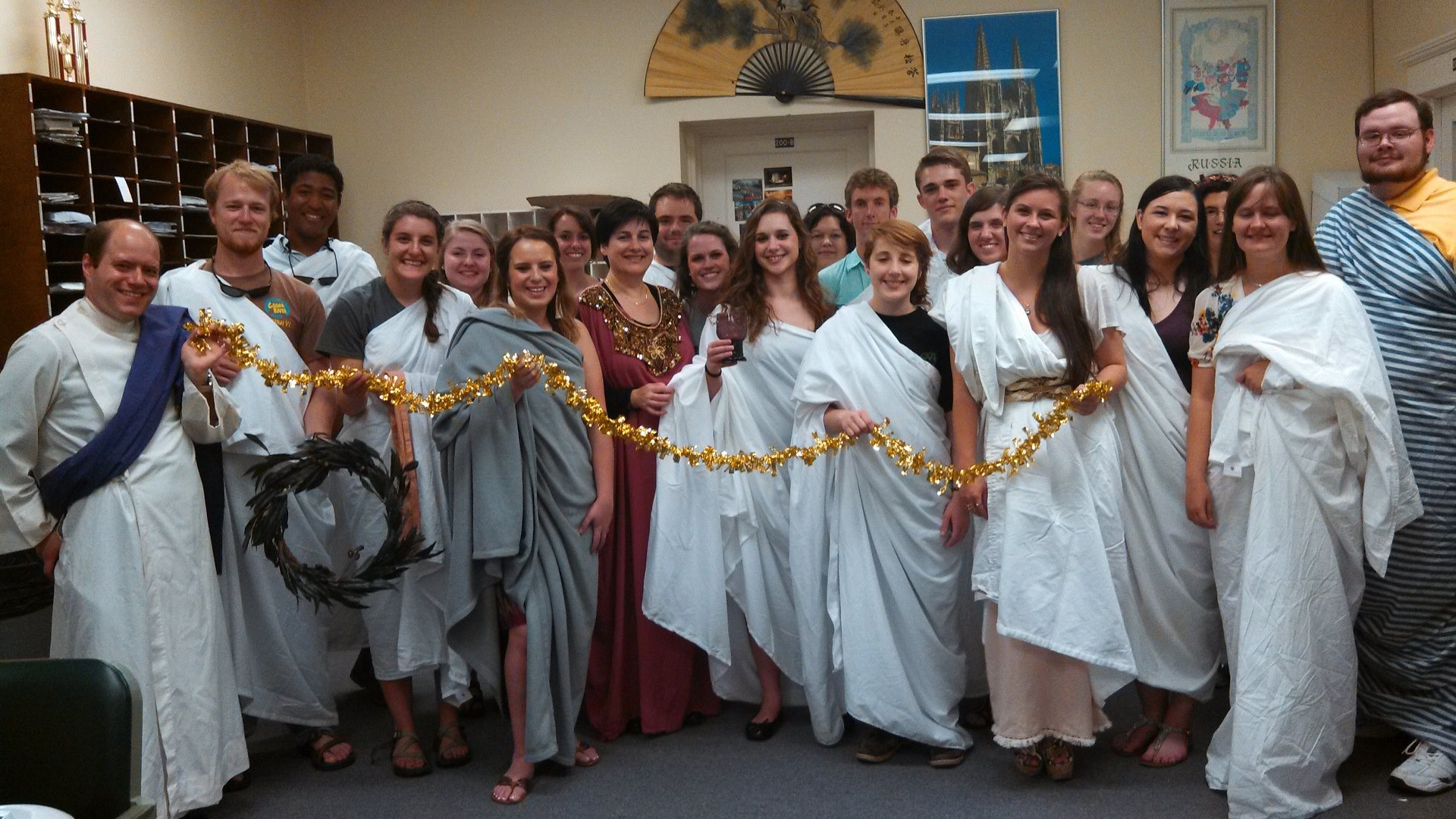 There are 182 chapters of ΗΣΦ throughout the United States. Members receive a newsletter from the society, have the opportunity to attend an annual national convention, and are eligible for summer travel scholarships to Greece, Rome, or Southern Italy, or for a Latin teacher training scholarship. Honor cords and sashes are available for graduation.

As an undergraduate society, its officers are active, undergraduate members who are elected to office for a period of one year. The society is open to Classics majors and minors with sophomore standing who have maintained a 3.0 overall GPA. Students who have at least twelve hours of Classics-related credit and a 3.0 overall GPA may also petition for membership in the society.

To apply for induction into ΗΣΦ, please complete the ΗΣΦ Application Form.

The value of ΗΣΦ is revealed in the work of the ΘΒ chapter of The University of Alabama. ΗΣΦ utilizes various local programs or activities to carry out the purposes of the society and have a positive influence both on individual members and upon the academic community. To this effect, students participating in regional or national conferences, stimulate interest and exchange ideas.

To get announcements for initiations and chapter events, join our Facebook group: The Academy and Eta Sigma Phi.

All questions concerning the local chapter should be directed to sponsor Tatiana Summers, tsummers@ua.edu.

The Academy is a classics club for Classics majors, minors, and any friend of the Classics to embrace and promote the Classical World. Activities of the club include events such as Greek cooking workshops and Greco-Roman film nights.

To get announcements for club events, join the Facebook group: The Academy and Eta Sigma Phi