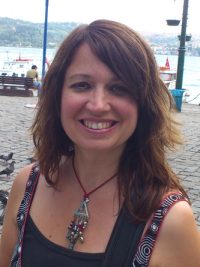 BA, Teaching of French and Russian, University of Illinois at Chicago

December 2016: Named president of the Biennale de la Langue Française, being the first American and the first woman to hold this honor within the 55-year-old professional organization which unites scholars and experts of the French-speaking world.

November 2011: Fellow at the Dora Maar House in Ménerbes, France with a Brown Foundation Fellowship.