African Americans in France During WWI, A Continuing Legacy 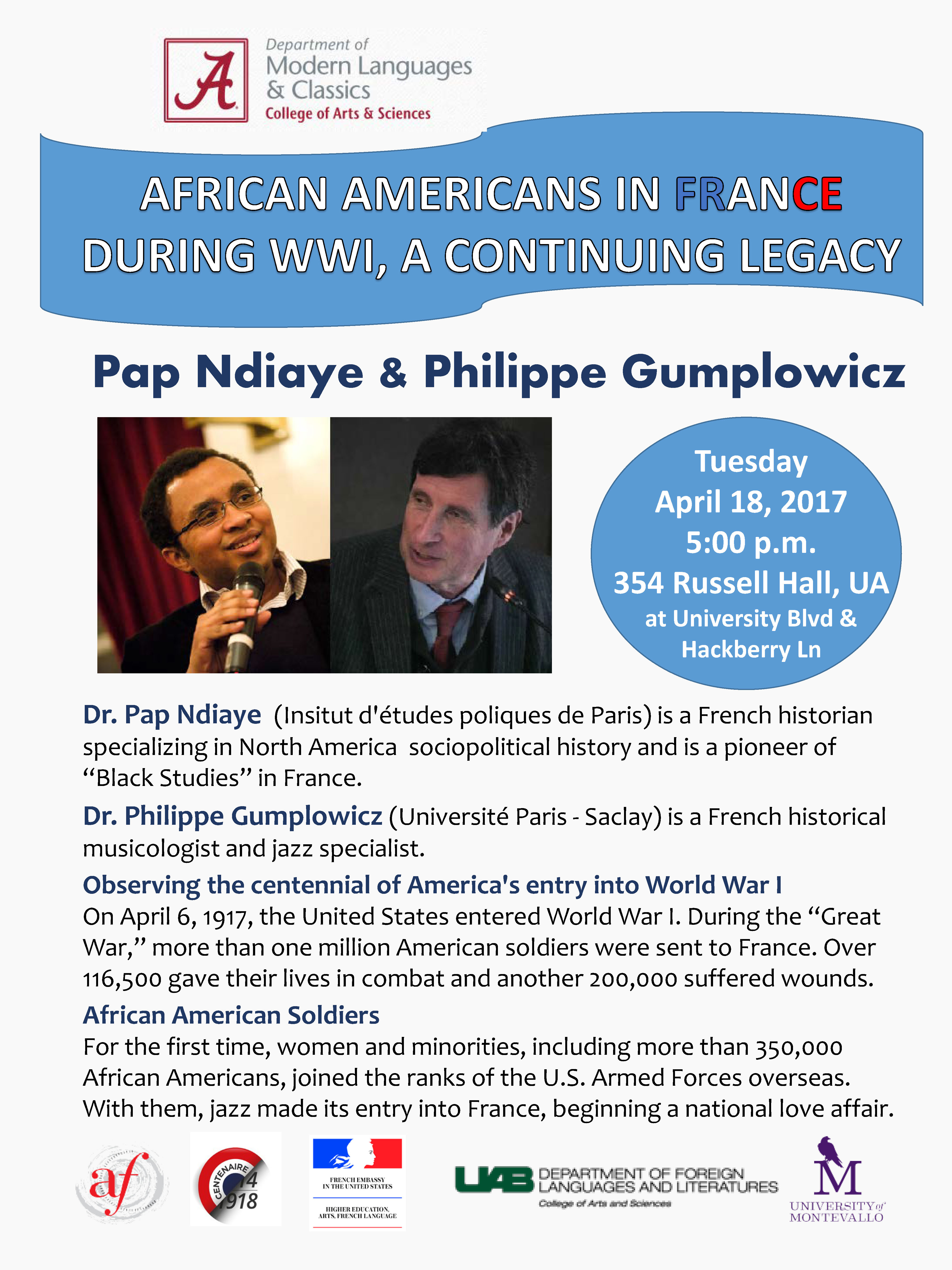 Observing the centennial of America’s entry into World War I
On April 6, 1917, the United States entered World War I. During the “Great
War,” more than one million American soldiers were sent to France. Over
116,500 gave their lives in combat and another 200,000 suffered wounds.

African American Soldiers
For the first time, women and minorities, including more than 350,000
African Americans, joined the ranks of the U.S. Armed Forces overseas.
With them, jazz made its entry into France, beginning a national love affair.