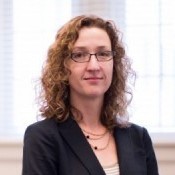 Professor Moody teaches Latin American literature, ranging from the colonial period to the 20th century for undergraduates, and focusing on 1800-1915 at the graduate level. She has directed several dissertations. Through the Critical Languages Center, she supports the Portuguese program as an outside examiner. She also helps with the Portuguese and Spanish proficiency exams for MLC; graduate students wishing to demonstrate their proficiency in Portuguese and Spanish may learn more here.